Four years ago when Google introduced a $1,300 Chromebook pixel, it was laughable to spend that much money on a Chrome laptop. Even if the hardware was both immaculate and powerful. But a lot has changed since then, take the new Google pixel book for example. It's still expensive starting at 999 dollars, but it's hardware and software significantly different than what Google was offered in the past.

For the first time Google's expensive Chromebook might actually be worth your money judged just on its hardware. The pixel book would be a no-brainer for almost anyone looking for a thin inlaid laptop like the original Chromebook pixel. Pixel book is a very solidly, built aluminum laptop with an excellent keyboard and high resolution touch display.

The computer looks nothing like the pixel that preceded it. It's not the thinnest and lightest computer out there, but a 2.4 pounds in 10.4 millimeters thin, it's in the ballpark much like Apple's MacBook and the service pro. It's the kind of computing device that you can take basically anywhere you want without thinking about it. It's just as nice to use as it looks to the pixel books 12.3 inch screen is bright and crisp and the touch response is solid as well.

The computer features a very strong hinge for 360 degree flip features, so you can use the pixel book as a tablet or in a more cinematic display mode. Perhaps, the most surprising aspect is its keyboard there's only 0.8 millimeters of travel on the keys, but it feels far more comfortable in the thin butterfly Keys on Apple's MacBook lineup. They're soft but not squishy and very quiet to type on, and the keyboard is even backlit. 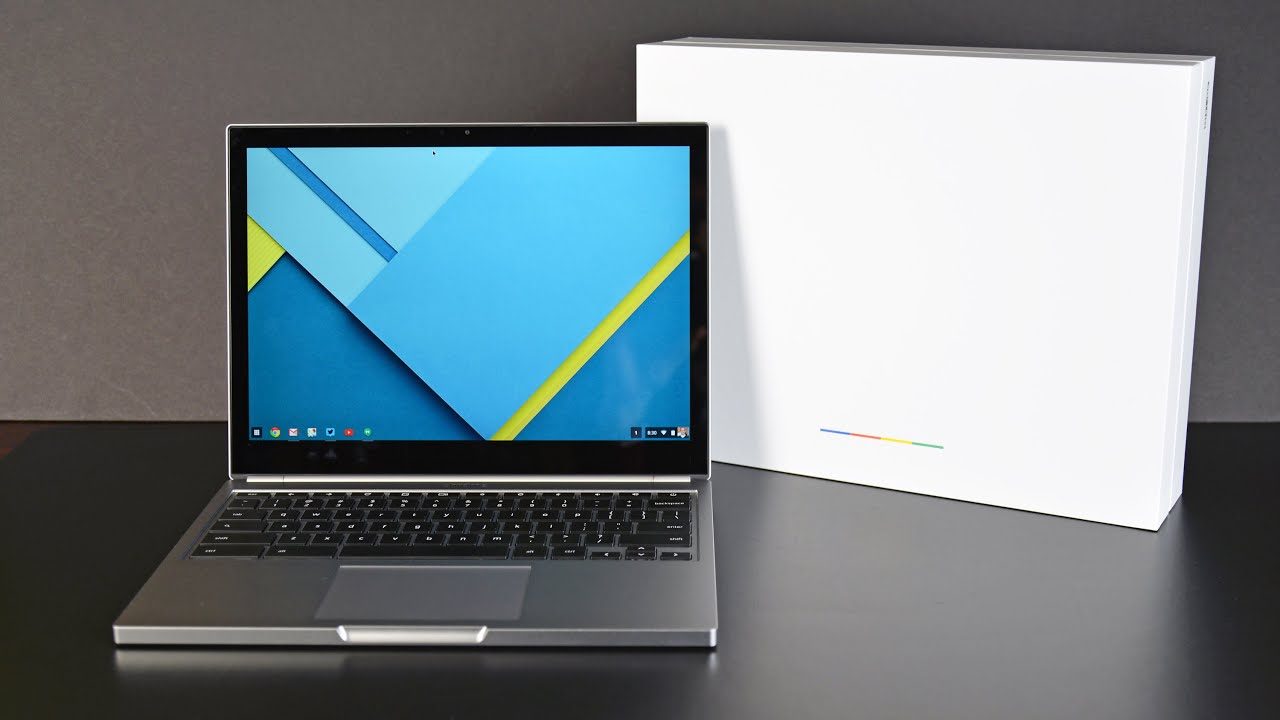 The Pixelbook continues iteration of Google, offering the most powerful chrome hardware around the base $999 model includes a 7th-generation quad core i5 processor, 8 gigabytes of RAM, and 128 gigabytes of storage. You can step up to an i7 processor, 16 gigabytes of RAM, and up to 512 gigabytes of storage which is frankly insane. But all this power should help keep it future-proof. Unfortunately these specs also take a toll in the battery. Google claims up to 10 hours of usage but the real usage only got 8 hours. That's fine I guess, but it's a definite step down from the previous pixel laptop.

Like many new Chromebooks, the pixel book can run Android apps. It seems silly that Android in the Google Play Store need this type of hardware to run smoothly, but the pixel book runs these apps much better than any other Chromebook thus far. On the Pixelbook, Android apps are both more stable and run faster. You're still probably better off using web apps first particularly for most of Google services, but if you want to take things offline, there are now plenty of good options.

Spotify and Google Play Music Rain well both online and offline as for movies Netflix and Google Play movies. Most games are tried including asphalt 8 Altos, adventure bad land, and stranger things ran just fine as well. Some developers have even started optimizing their apps for the pixel book and its bigger screen like several other recent Chromebooks.

The Pixelbook supports a pressure and tilt sensitive stylus in this case, it's the $99 pixel pen. Sadly, it's an additional accessory that's not included. So think hard about whether you'll actually use it much google promised extremely low latency when using pen but so far it's been a bit of a mixed bag some apps like the beta of the squid note-taking. Drawing and sketching apps including art canvas and painter performance isn't nearly as good. App shows a significant lag when writing.

Fortunately the pen is good for other things besides art and taking notes. The pixel book pen has a button built-in that lets you activate the Google assistant. You can circle any part of your screen, and the assistant will automatically pull up information based on what you highlighted. It's not terribly hard to confuse the assistant if you don't choose a clear image, but it's still a fun and useful trick speaking of the Google assistant.

The Pixelbook is the first laptop with it built right in in addition to using the pen you can say: “okay Google” or just hit a dedicated assistant button on the keyboard to call it up if you say “ok Google”. You can continue speaking and the assistant will respond out loud if you type. It'll just show you text responses if you've used the assistant on Google home or a recent Android smartphone.

What to expect the ultimate questions surrounding the Pixelbook is whether or not, you should spend $1000 on a Chromebook it's purely on the quality and power of the hardware, it's worth. What Google is asking the combo of design and specs make this laptop a serious contender. But there's the issue of Chrome OS in the past. We can praised the pixel laptops hardware but said that almost no one should actually buy it. But nowadays, there's a substantial part of the market that would be very happy with a pixel book as their prime computer.

Chrome OS has matured a lot over the years and stable responsive Android apps. Mean you no longer have to live your life only in the browser for some people photo and video editors in particular. The pixel book won't make sense but for nearly everyone else, it's a computer that merits some real consideration.

How To Fix “The Video Is Not Suitable For Most Advertisers”...